I’m part of another book blitz! This one is for Arabella Park by Meiling, and it looks super compelling. Check out the information below, and don’t forget the Rafflecopter link at the bottom of the post! 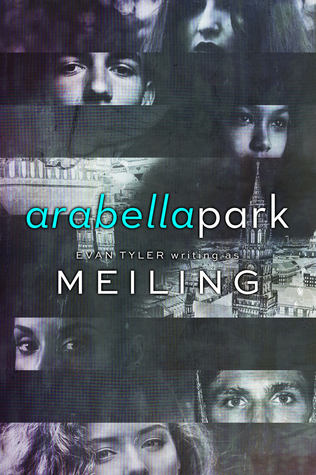 Everyone knows that losing friends is a natural part of the high school experience. It’s all a game of musical chairs, really. Yet, what happens when a friend doesn’t intentionally “go ghost” but is abruptly taken away?

Kameron, Grayson, Mikey, Yasmin, and Jenna have been thick as thieves from childhood. Rightfully so—they make up the American minority in the German twin city of Arabella Park. When one of the five suddenly turns up missing, the remaining friends must find a way to bring her back while keeping up the facade of leading ordinary small-town lives.

As they search for their missing friend, they discover things about themselves and one another that will catapult them into an explosive climax and the ultimate revelation of who done it.

A multi-faceted mystery told from the alternating points of view of five friends, Arabella Park brings to life what it means to endure the most frightful, profound time of one’s life—the teenage years—while being stretched to the limits of what it means to be an adult, even a hero. 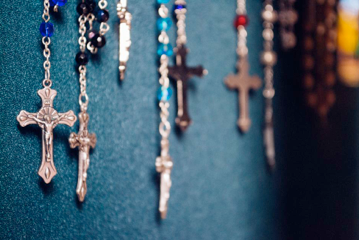 From non-Catholics, Father had often been presented with the question of why it was necessary for the laity to confess their sins to a priest. After all, weren’t priests just sinful men like everyone else?

Father’s rehearsed response to this question usually included scripture passages from James 5 (Confess your sins one to another) and John 20 (If you forgive anyone’s sins, they are forgiven.) Afterward, he’d explain the church’s longstanding tradition of designating holy men to council confessors and thus help them back on the road to holiness.

For those who held the sacrament in such great contempt that this explanation would not suffice, Father would add this to his reply: “Yes, priests are sinful. We, like all other men, must go to confession as well.”

This was the truth of the matter and usually an answer that settled the argument, at least for a time.

Father himself made it a point to go to confession three times a week, though in years past he’d gone nearly every day just to make sure that he had the grace to overcome even venial sins.

Yet, there came a time, some days after he’d heard that certain confession of murder, he was sure that he was in a state of mortal sin.

Father went smoothly through the beginning ritual of confession with Father Kaiser. It had been a week since his last confession. He stated his smaller sins—watching too much television, failing to say his morning prayers on Wednesday, entertaining an impure thought.

At last, Father reached the Great Sin, the one that had brought him there to begin with. He hesitated, breathed, closed his eyes.

“Are you okay?” asked Father Kaiser after some time.

“Yes,” Father answered. “I have one more sin to confess.”

Father Kaiser was silent, save his easy breathing.

“I’ve done something terrible. I don’t know if I can say it.”

“Don’t worry. Jesus will forgive whatever it is, so long as you confess. You’re in the right place.”

Right. That was right. Jesus could forgive anything, even….

“Murder,” Father said finally. “I am an active accomplice to murder.”

I’ve lived the most ordinary life ever. Thus, I write for my own entertainment and hopefully, one day, the entertainment of millions of others. I’m a guitarist/singer/songwriter and above all, a hard worker. (At least, I’d like to think so.) Not sure what other clever thing I could say, so [insert clever line right here.] 🙂

Thanks for hanging out with me today, and I hope you check out Arabella Park!