I have another treat today – the book blitz tour for After the Fall by Katy Ames! This sounds like such a fun read, and I’m looking forward to picking it up myself. Read on for an excerpt of the book, and don’t forget to enter the Rafflecopter giveaway toward the bottom of the post! If there was one man in the world Grace Fitzgerald never wanted to see again, it was Mark Donovan.

Sinfully handsome, famously flirtatious, unerringly cocky. Paragon of men. Archetype of entitled a**holes. As a guest at her luxury hotel, Mark was impossible.

As the new owner of her hotel, he’s become a nightmare. The kind that wakes Grace in the middle of the night wishing she could forget how right his lips felt against her own, how tempting his fingers were against her skin.

But for all of the challenges that Mark and Grace face working together, nothing can prepare them for the undeniable attraction that flares every time they battle for control. Or the secrets that linger in the luxury of the Seven Winds Villa.

With no way of escaping each other or their pasts, can they possibly survive life on the island after they fall?

A steamy, standalone romance from Katy Ames, author of After the Island.

“Mr. Donovan. This is Grace Fitzgerald from the Seven Winds Resort,” she shouted through the door, digging out her master key. “Is everything alright, sir?” The only answer was a loud thud. “Sir, I understand you’re having an issue.” Though not one that warranted so much noise, she thought. Steeling herself, Grace continued, “Mr. Donovan, I’m coming in.”

Grace swiped her key and pushed open the door, stepping into the luxuriously understated living room of the Seven Winds Villa. Looking around, Grace confirmed that nothing was glaringly wrong, at least not on the main floor.

Taking a second glance, Grace registered that the villa’s sole occupant had left a wide array of debris scattered across most of the available surfaces. More cups and a few plates of discarded food were stacked on the coffee table bracketed by the living room sofas. A laptop was open, its screen black, abandoned on the corner of a side table. As she made her way over to close its lid, Grace’s foot connected with something on the floor. Whatever it was rolled away, only coming to a halt when it encountered a throw pillow left carelessly near one window.

Grace scowled as she retrieved the bottle from the floor. Glenrothes 1970. The five- thousand-dollar bottle of Scotch was completely empty. Perhaps you should make sure he isn’t in the pool. Face down. On that morbid thought, she raced to the terrace beyond the French doors and checked the infinity pool on the patio below. Empty. Thank God.

At the same time, a loud crack split the air beneath her.

“Shit, shit, shit.” Grace dropped the forgotten bottle and ran down to the lower level. Whatever she’d expected to find on the ground floor of the resort’s most expensive villa, this wasn’t it.

There, sprawled on the ground, eyes closed, lips skewed in an off-kilter smile, wearing nothing more than a wrinkled pair of shorts, was Mark Donovan, co-founder and CEO of D&A International. Sinfully handsome, wildly successful, obscenely wealthy, unerringly cocky, undeniably brilliant, famously flirtatious. And, Grace was horrified to realize, unconscious and sporting a wicked cut above one eyebrow.

“Oh, no, no.” Grace rushed towards him and crouched over Mr. Donovan’s motionless form, her hands fluttering just above his face. Get a grip, Grace. Check to see if he’s breathing, check to make sure nothing is blocking his airways. She focused with a deep breath and shifted her brain to autopilot.

Grace’s pulse calmed substantially when she saw Mr. Donovan’s chest rise in a steady, heavy breath. Definitely not dead. Thank the good Lord. Grace tipped her head back in relief. Skimming her fingers across his forehead, she gingerly checked the cut to make sure nothing was lodged in it. The blood had stopped, a dark red trickle disappearing into the ashy-brown eyebrow that arched defiantly even then. Running an assessing glance across his head and body, Grace confirmed that other than the bruise blossoming beneath the cut, Mark appeared to be perfectly fine. Though unconscious.

An incoherent mumble broke free of his lips, followed by a muffled snore. Grace amended that last part. Not unconscious. Asleep.

Slumping back, Grace rearranged herself so she could sit more comfortably on the floor, her eyes fixed on her unwitting patient. Mark was stretched out and motionless, giving Grace an unparalleled view of his starkly beautiful face and meticulously sculpted body. His eyes were closed and Grace’s gaze wandered across the sharp ridges of his cheekbones and refined slope of his nose, both of which drew her attention down toward his wide, generous mouth, his lips parted, soft puffs of air brushing the strong, supple lines on every exhale.

Determined to ignore her sudden impulse to taste those lips, Grace shifted her eyes away. But she only got as far as the tanned skin of his neck, Mark’s pulse kicking with a regular rhythm at the base, just above the wide stretch of his collarbone. Refusing to stare, Grace attempted to focus on something innocuous. Like her cuticles, or the weave the carpet. Or the inviting water of the pool outside. But a particularly deep inhale dragged her back, this time her attention landing on the long planes of his broad chest, light wisps of blond hair dusting the hard curves that came to an abrupt halt against the repetitive ridges of his abdomen.

But Grace’s eyes had a mind of their own. She could hardly blame them. As Mark breathed, the play of the muscles across his stomach and sides was hypotonic, the slopes and dips elegantly formed, exquisitely defined. Grace’s mouth formed an ‘O’ as she tracked his torso to where it tapered into sharp angles before stretching beneath the waistband of his shorts. Of its own volition, Grace’s tongue slipped across her lower lip as she caught the hint of dark ink dancing across the shadow of one hipbone.

God help her, he was beautiful. Every delicious detail all the more enticing at that precise moment because his eyes weren’t flashing in disdain. And his voice wasn’t dripping with irritation. Mark Donovan, silent and still, was perfect.

Awake and entitled? Not so much.

“Typically, I expect a woman to buy me one drink, at least, before she gets to enjoy such an up-close and personal view.”

Grace squeaked in surprise and tried to scramble back, but Mark anchored one of her wrists in a warm, inflexible grasp.

“You had an accident. I found you on the floor. I was making sure you weren’t injured.”

Confusion, then recollection flashed in the deep indigo of his eyes. Pressing his free hand to the bump on his forehead, he cocked his lips into a crooked grin. “From what I can tell, my injuries are up here. Not”—he nodded in the direction of his crotch—“down there.” 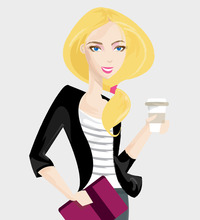 Katy Ames loves a good story. Whether through blogs, books, or live events, she’s been an avid story teller her entire career.

With a bachelor’s in English Literature, Katy is happiest when curled up on her favorite sofa with a captivating read, whether it’s the Romantic poets or contemporary romance. A good glass of bourbon doesn’t hurt, either.

Katy lives with her husband and son in Washington, D.C. When she’s not writing or reading, she’s very enthusiastic about fancy cheese, late nights & lazy mornings. Only two of which she gets to enjoy on a regular basis.