I’ve got a treat for you today! I’m part of the book blitz for Undressed by Kimberly Derting, which was released earlier this week. Enjoy this sneak peek (I’m hoping to review in the coming weeks), and make sure you enter the Rafflecopter giveaway! 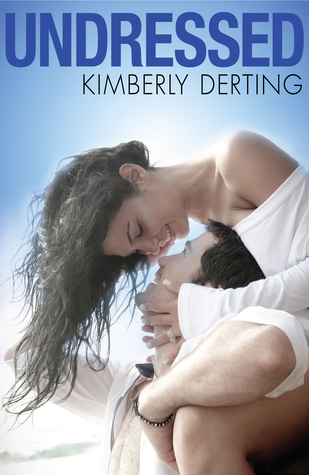 Can two people whose dreams have been cast aside find a new passion…together?

No one ever expected straight-A student Lauren Taylor to make waves. But that was the old Lauren, before she went to college and became an online stripper to make ends meet. Now, Lauren is on the run with a secret and a bag of cash, fleeing landlocked Arizona for the beaches of California.

Will Gabaldon was one of the hottest surfers on the circuit, but fate had something else in mind. When a surfing accident shattered his budding career, Will was forced into a life of tending bar and doing odd jobs just to survive.

But soon, both discover there’s one thing more dangerous than the wave that ended Will’s career: Love.

Are your a book reviewer?

I wanted to tell him he was doing this body shot thing all wrong. It was supposed to be done fast—salt, tequila, lime. One, two, three.

Not this leisurely investigation of my body. But I was convinced that if I tried to talk the words would get caught behind the massive lump clogging my throat. 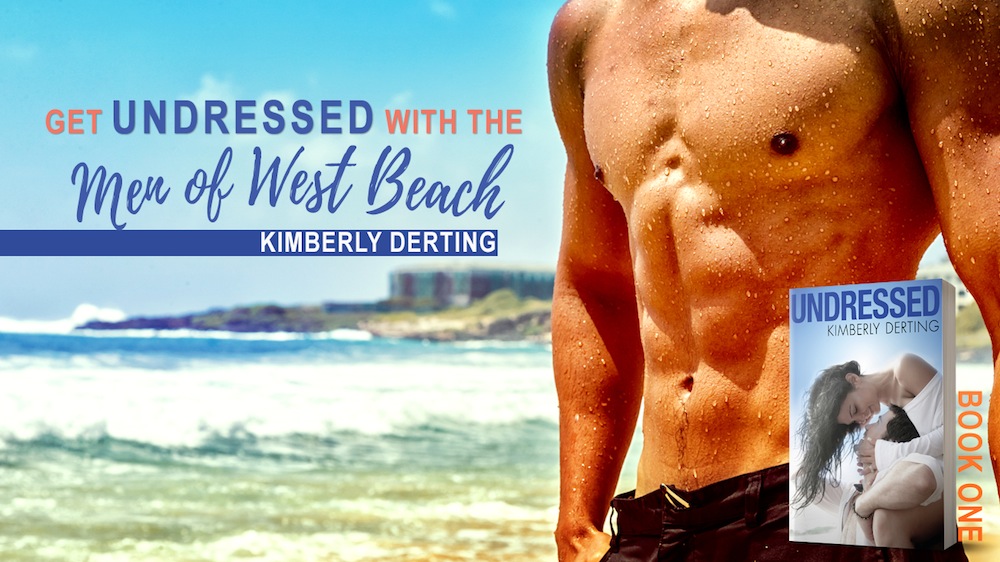 Kimberly has been in love with LOVE since the first grade, when she would make “boyfriends” hold her hand during recess . . . whether they wanted to or not. In high school, she discovered romance novels and she’s been hooked ever since!

She is the author of the award-winning THE BODY FINDER series, THE PLEDGE trilogy, THE TAKING trilogy, and UNDRESSED (her first book in The Men Of West Beach series). She’s also co-written the soon-to-be-released picture books about a girl who loves science! Her books have been translated into 15 languages, and both THE BODY FINDER and THE PLEDGE were YALSA Best Fiction for Young Adults selections.

These days, she spends entirely too much time ordering stuff off the Internet, binge-watching Netflix, and holding hands with a guy who doesn’t have to be forced (her husband).

Sounds pretty good, right? I can’t wait to read it. ❤